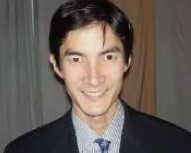 Dr. Yee has been the Canadian Representative for the Course Executive of the Young Investigators Initiative (YII, Bone and Joint Initiative, Bone and Joint Canada) grant mentoring and career development program since 2013, facilitating mentorship for young investigators interested in musculoskeletal diseases.   He is currently the President (2016/17) of the Canadian Orthopaedic Research Society and is the secretary/treasurer designate of the Canadian Spine Society.